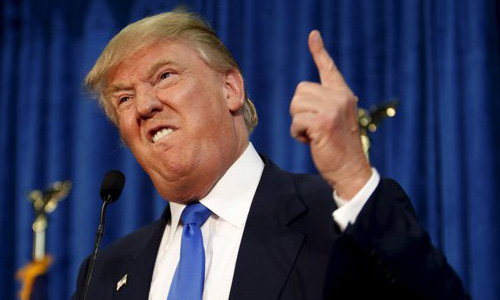 More than 20 years ago my job was doing IT support for a large company, running to fix any desktop computer issues that bothered the 600-or-so users on the site I worked on. One issue was a manager who was having trouble getting a document to print and needed urgent help, as they were rushing to catch a flight.  In fact they were in such a rush that they’d pressed the ‘Print’ button and then immediately shut their laptop, unplugged the cable that connected it to the printer and impatiently waited for their document, which they’d just consigned to cyber-purgatory by not giving the computer time to send it, to appear.

The solution to this particular problem was, rather boringly, to restart the laptop, reconnect the printer cable, press ‘print’ again and wait for the printer to stop doing its thing and spit out the document.  The manager didn’t have time to do this, although happily they did find time to yell at me for 10 minutes because I couldn’t “just make it print!”

I mention this story because the next time I saw that manager he was on TV…and he had the letters “MP” after his name.  It was around this time that I formed the opinion that MPs may not be the intellectual giants I’d previously imagined them to be.

In a way that’s to be expected; MPs should be big-picture people. They have to make wide-ranging decisions, not get bogged down in, or even fully understand, the detail.  The down-side is that, in the same way that your weather map of the UK can be buggered up by that damned flappy butterfly in the rain-forest, sometimes the details have a significant impact on the big picture.

Unfortunately the details don’t fit well within sound-bites, nuance can’t be conveyed in 140 characters, who can spare the time from liking and sharing to look at the depth of an issue?

Far from being cowed by this paradox politicians are embracing it with appeals that rely on common sense rather than understanding.

We’ve been brought up to believe that common sense is a good thing, a rare thing (we all know somebody who has a high IQ but lights up a fag while they investigate a gas leak), common sense was the value that your mother always implored you to exhibit.

Political common sense, however, is the conclusion you arrive at without thinking about the issue at all.  Unfortunately it resonates with people who also haven’t thought about the issue.  They secretly know that they’re part of a select group who possess the scalpel-sharp common sense to cut through the Gordian Knot that the details weave.  When a politician tells them that the view they already held is the common sense solution what they hear is, “You’re smart”.  It’s gratifying and, I guess, not something that they’re used to hearing.

Trump is surely the master of this. Never before can a politician on the world stage of carried such an air of never having listened to a voice that wasn’t their own, of carrying so much conviction in their own righteousness that the facts are beneath them, of seemingly being able to conjure up a solution before somebody has finished describing the problem.  That a multi-billionaire, born into a life of unimaginable wealth, can carry off a pretence of being Joe Everyman must say something about his ability to go through life untroubled by anything that has happened outside of his own skull.

Whatever their appeal on the campaign trail common sense solutions rarely translate well into actual solutions.  Trump’s famous solution of banning Muslims from entering the US crumbled under the lightest of questions about how it would work in practice; Trump’s approach to determine who was Muslim simply by asking them revealed just how little real sense had gone into his common sense solution.

So I stand by the title of this article, a vote for Trump is a vote for common sense, but ultimately common sense will leave you shouting “JUST PRINT!” at the printer.  Good luck with that.