As a solid supporter of left-wing politics I have been dismayed by the left’s knee-jerk reaction to Theresa May’s continued pursuit of her plan to reintroduce grammar schools to England. The sad truth is that this is simply yet another false consciousness that we’ve been conditioned to accept. As a very senior civil servant confessed, in the 80s…

It’s time for the left to look again at grammar school education.

To start we should dispel the myth that it is elitist. If one is to object to meritocracy then the whole of the Labour movement is undermined, unless they can prove that they do not have a 100-year history of moving their best and their brightest to the top, that they can show that, say, Emily Thornberry is the rule, rather than the exception.

Even the ultimate hero of the left, George Orwell, was a supporter of selective education, writing…

Hardly the voice of a man who’d be objecting to government plans to reintroduce grammar schools. You may argue that society has changed a great deal since Orwell’s time, that we no longer have the heavy industries of coal-mining and ship-building to swallow up the millions released from secondary moderns and, on the face of it, this is true. Were Orwell to visit us in 2017, however, his keen writers ear would see that customer services representatives and shelf-stackers are our coal-miners, security guards and cold-callers our ship-builders.

We have not moved away from industry which demands little or no education, we have renamed it, expanded it, removed the dirt from behind its fingernails and directed all of its energy at the goal of acquiring a 3-bedroom Barratt semi and a nearly-new Ford Mondeo.

What we have done is removed the ‘heavy’ from heavy-industry. The modern employment of those who can’t tell “your” from “you’re” carries little physical risk, has no heavy lifting, is devoid of dangerous machinery. One needs only a drop of cynicism to see that Labour’s drive to increase school leaving age was nothing more than a Trojan Horse to sneak children out of dangerous employment. Now that the danger is gone, and that the ubiquity of the Internet and subtitles has lowered the age at which children become functionally literate, there is no need to retain the artificially high, and very expensive, school leaving age.

At present total UK spending on secondary education is around £26.5bn per year. A straightforward 80/20 split of that funding between new secondary moderns and grammar schools would see £21.2bn spent on the less able and £5.3bn on the brightest. Even those who’d fail an 11+ should see the enormous error in spending four times as much educating the thickest kids as you do the brightest. It’s no wonder our place in the world is slipping.

Simply accepting that the vast majority of ordinary children are physically and intellectually mature enough to leave school and begin work at 11 would free up 80% of that spend. In return for this huge saving the left could demand that the government increase the threshold for grammar school entry, so that the cleverest 30% qualify for it. What a boost for Labour to be able to claim that they’d increased equality of education by 50%.

Additionally, a generous spending increase, to help improve the facilities and quality of teaching, would bring the total cost of grammar education to £8.3bn. We could both improve education and free up a whopping £18.2bn – £350m per week – which we could spend on the NHS.

There is a hidden bonus for the left as well; in The Road to Wigan Pier Orwell foresaw that increases in universal education would birth a socialist revolution, as the working classes eloquently demanded an equal say to that of their capitalist overlords. 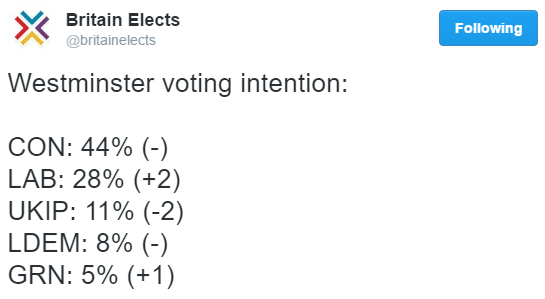 Clearly that hasn’t worked. Labour was a more attractive electoral proposition when the underclass were poorly educated. Now the Tories are handing us an opportunity to return to the glory days of the 1930s. Labour can reconnect with its working class roots by recognising that the majority of Britains neither desire nor require secondary education, by accepting that the Brexit vote was every bit as much a howl of anguish against the unwanted burden of learning as the General Strike of 1926.

At Labour’s time of need we are being handed a lifebelt, with which to climb to safety, by the Conservative party, and it is our duty to take it in our teeth and mouth platitudes of support as we lead them into our trap.

A grammar school programme is better for those who are educated past 11, better for our nation’s finances, better for employers, better for the NHS and better for the Labour party. If ever there was a system from which everybody wins then this is it and, correspondingly, we should grasp the opportunity. It’s a no-brainer.