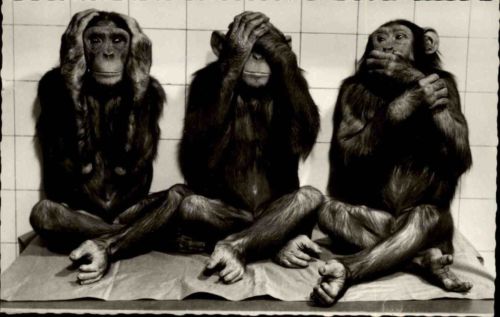 Film reboots are a tricky business. They must walk the line between changing too much (“Why didn’t they just make a brand new film?”) and changing too little (“What was the point of that?”)

Today’s Sunday Herald piece, Revealed: The unionist Twitter trolls who shame Scotland, sadly leans too far towards the latter.  Given the byline of the piece, and the Herald’s call this week for an interview with Brian Spanner, fans were surely expecting that this article would be the grand unmasking, so far missing from the Spannergate franchise.

Instead they were treated to the mildest possible reheat of the original Spannergate outing. The same old, old tweets, the same insinuation that J K Rowling is somehow the property of Scotland, and is therefore not allow to make her own judgements about who she befriends on-line. the same weary determination to make this a unionist problem, rather than a social media one.

The new cast do little to disguise the reheated nature of this outing. Jill Stephenson’s cameo as Historywoman could have added some intellectual weight, but her brief appearance, in amongst the other new-comers – all of whom have more digits in their usernames than their follower counts – reduced her to just an out-of-context tweet.

All this article really has to add to the series it seems are a few typos that a good editor would have spotted and, coming as does a year and a half after the story it repeats, the mystery of whether The Herald is employing slow readers, slow typists or merely slow thinkers as its columnist.

The brief allusion to the original theory that there may be more than one person behind the Spanner account even makes it in, although it is so hackneyed now that one wonders if it was meant as a sly backhanded compliment, implying that Spanner’s output is too diverse to be the work of a single man.

That certainly isn’t a problem that Brian’s “counterpart” on the independence side, Wings Over Scotland, has, as virtually everyone who reads his pieces thinks, “This was written by a single man”.

Which brings us, finally, to the main problem with this reboot. Reboots work best when there is a solid reason for their existence, but this one is a transparently thin attempt to distract from in-fighting in the independence camp by trying to interest them in settling their differences and re-fighting an old battle instead.

That Spannergate III is so weak that it can’t even entice pro-Indy supporters to fight pro-Union ones is surely the most damning condemnation it can be given.

One thought on “Spannergate 3: The reboot”