*Well, you know, not really 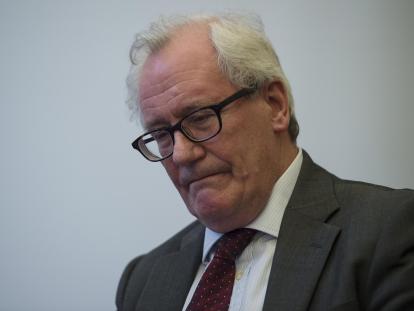 It’s not for nothing that it’s said that the happiest people are those with lots of money, and one only has to look at contemporary celebrities, like Marilyn Monroe or Howard Hughes, to see how undeniably true this is. For ordinary people, of course, grabbing that joy-inducing wealth can seem like just a dream, but it needn’t be that way. As Professor of Appalled Economics at Cardiff University, and front-runner for the lead role in the forthcoming straight-to-VHS mini-series Douglas Hurd: Dam and Blast, I’m here to tell you how a few simple drastic changes to your life can make your household a wealthier place.

If we think of household income as being equivalent to the GDP of an independent nation, with the in-work productivity of the members of the household equating to the total value of finished goods produced within a given period, then the Minford Principle states that H is directionally proportional to E, where H is household income and E is the combined earnings of everyone in the household.

The corollary of this theory is that if earnings increase then household income as a whole will also increase. The easiest way to increase those household earnings is to abandon your old career and move into a more lucrative one. Obviously, I can’t do this personally, as I’m unlikely to find another job that pays me to regurgitate the same old nonsense for 40+ years, so the smart move is to push your wife into retraining and bringing in those big bucks.

I know from bitter experience how reluctant your partner can be to give up their job, but they must understand that it’s for the greater good of the household. Encourage them to see it as a great opportunity to either improve their exiting skills or learn whole new ones. Perhaps they can get a job in a whole new industry that doesn’t even exist yet! I’m sure there must be many things like that, perhaps involving these new-fangled computers.

I have regularly encouraged all of my wives to periodically quit their jobs and retrain and, excluding the sad, oven-related, death of the 2nd Mrs Minford, following a long period of unemployment and depression, I remain confident that if I checked the figures it would show a net gain to my household income.

Regulation is the enemy of wealth

Increasing your net income isn’t the only way to make yourself richer. You can make what we economists call a real gain by spending less. Spending less can seem difficult, but what you won’t realise – unless you’ve worked in academia since the mid-70s – is that government regulation is effectively a stealth tax on all households. Think about it; who says you have to insure your car…the government, who sets meaningless standards for gas and electric installations…the government, who says that you can’t send your children to work cleaning chimneys…the government!

By drastically reducing these draconian and unnecessary regulations the average household can make savings of up to £40 per week. This means that, since the 1980s, my household has increased its real income by over £5 million! Even allowing for the unfortunate deaths of the 1st, 4th, 5th and 8th Mrs Minfords (respectively, electrocuted in the shower, faulty brakes, broken heart and damn shower again) that’s a staggering net gain for me and my household.

Another great way to increase real income is to recognise that from moving away from markets controlled by the protectionist EU there are vast savings to be made.

For example, are you still paying those ridiculous Radio Rentals prices for your TV? Dave, down at The Dog-Fighters Arms can do you a top-of-the-range, full colour, 28” TV for a fraction of the price. And why throw away your money at premium stores like Lidl, when Dumpster Dan is selling perfectly edible food at knock-down prices?

Quality is rarely an issue, and only the 6th Mrs Minford has ever actually died as a direct result of food-borne parasites. Plus, of course, the benefits of the free market are that if, like me, your tastes are more refined you can still choose to shop at Waitrose or Harrods.

Gamble your way to prosperity

When many people think of becoming rich their thoughts immediately turn to a big lottery win. Of course the odds against winning the lottery jackpot are literally hundreds-to-one against. What many non-economists don’t realise is that you can half your odds of winning simply by buying two tickets. Buy three and your odds are thirded, etc.

The logical conclusion of this is what economists have known for decades – always put absolutely all of your eggs in one basket. The household that puts absolutely everything it has into buying lottery tickets is the household that triumphs over those run by short-sighted conservative policies.

Those naturally risk-averse, such as the 2nd Mrs Minford (shot by her loan-shark) and the 7th (won jackpot and ran off with a mathematician), will try to argue against this bold approach, but while they’re the ones gambling and I’m the one getting what I want it’s hard to see them as anything more than economic luddites.

That’s all for the moment, budget busters, but look out for my new 8-page column in The Daily Express and you can still catch me in repeats of Who Wants to Marry an Economist on the Dave digital TV channel.