In the early part of the 19th century a good number of people formed, often on the sketchiest of evidence, the opinion that the centre of Australia housed a vast inland sea. The lure of this vast mega-oasis was such that many people, mainly the type with names prefixed by ‘sir’ or ‘major-general’, set off to endure months of hardship and, like as not, die in bits of the most inhospitable and venomous snake infested parts of a land that had an almost endless supply of appealing coastline in the bit they turned their back on. 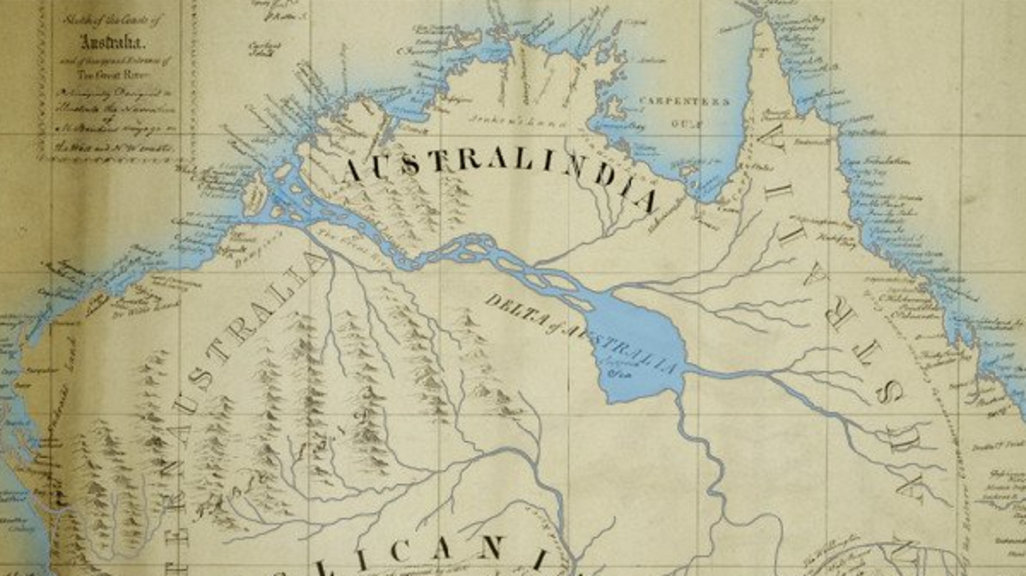 History, as is its way, remembers them. Their accounts – or the musings on what became of them, and where their remains might be found – can still be read. History is silent on those who said they were fucking idiots. To be fair history is also pretty silent on those who went along with them, to do all of the work and most of the sacrificing, which is a shame, because I’d like to read the account of the crew who went along with the guy who opted to take his writing desk into the interior. It’s hard to imagine that they wouldn’t have a fine perspective on the whole thing.

Those explorers are long gone, but their insatiable need to earn their place in the history books, by defying all reason and logic in pursuit of a pipe-dream, lives on. One can’t look at Johnson, Hannan or Farage without feeling that the sunlit uplands of Brexit are their great delta of Australia, and that they’ll happily endure any amount of suffering, especially of others, if their end of the deal includes a slice of immortality.

Yesterday the leader of the opposition outlined his vision of this hell-trek that we’re all signed up for, and it turned out to be the same vision as that of the people he’s meant to be opposing.

If one was cynical you could say that there’s no need for him to outline a more realistic plan. There are a lot of votes to be lost by being too realistic, too detailed or too opposed to the government. The chances are that Corbyn will never be called upon to deliver his version of Brexit, all he has to do is plant enough sound-bites to prove, after the fact, that he had a better plan than the one that, inevitably, led to economic disaster. Not even better, really, just different.

If Brexit is a mass dive into an unexplored land, seeking the mythical, then Corbyn’s role is that of the vulture flying overhead. He doesn’t have to lead and it’s not in his interests to dissuade, he just has to caw enough to not put us off, but to be able to claim afterwards that he was trying to warn us. Then, even as he picks the meal of his dreams from the carcasses of the unfortunate, he’ll be able to claim that his beak is clean.

It would be nice to not be that cynical, but avoiding cynicism requires hope, and we’re being led by the hopeless, on a hopeless quest, with a hopeless opposition. Hope, which should be the life-blood of politics, has never been in shorter supply.

This is a tragedy, because hope gets things done. There are those who believe that faith can move mountains (there are no documented cases of this), or who say that love makes the world go around (the Earth span for thousands of millions of years without it), but hope gets out there and absolutely sells countless lottery tickets every single day. Without hope we’re left just lacing up our boots, looking at the endless desert in front of us and arguing about who is going to carry that damn writing desk. 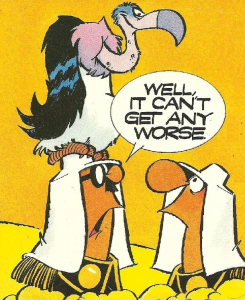 One thought on “Cynic in a hopeless land”