After the 10 days we’ve just had in politics you’d be an idiot to try to predict what’s coming next…so here goes. 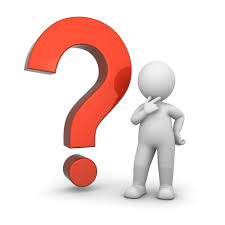 It’s becoming increasingly clear that an act of Parliament is going to be required to trigger article 50 (the full reason why is explored in detail here, the short reason is that invoking the article changes some existing legislation, so legislation is required to invoke it).

The requirement for an act puts the decisions regarding when, how and if we Brexit into the hands of MPs and the Lords.  The public expectation is, polls suggest, that MPs should honour the referendum result we have the possibility that MPs will say that their priority is to honour the will of their constituents, not the national result.

Because the referendum votes were counted regionally, rather than by constituency, an MP asserting that their seat voted Leave/Remain is an un-testable assertion.  It may be possible to extrapolate the likelihood that they’re correct, but it cannot be absolutely proven to be the case.

The party leaders can impose a party line, but Corbyn is in a weak position to do this and the strength of the Conservative leader will depend upon how decisive the leadership contest turns out to be.  It would be a brave new PM who, fresh at the helm of a Conservative party with a slim majority and many pro-EU MPs, tries to force through a quick win of such an important act.

With the referendum so close MPs are caught between a rock and a hard place; failing to vote for a swift Brexit risks half of the country criticising them for not listening to the vox populi, supporting article 50 legislation may see them losing support from those who say the Leave campaign was based on lies and false promises and they have an obligation to protect the public from the economic uncertainty of Brexit.

The Lords, of course, don’t have to worry about re-election and there’s no legal or constitutional reason for them to support any kind of Brexit plan which they feel is ill-conceived, poorly planned or based on pipe-dreams.  Convention prevents them from delaying legislation related to election manifesto promises, but the manifesto promise was to hold an in/out referendum – a promise that has clearly been delivered – there was no promise to swiftly act on the results, or even to honour them.

For these reasons I believe that the majority of MPs will support a snap general election, with each party putting forward their Brexit plans as part of the campaign.  It’s a low risk strategy for the Conservative – Labour likely couldn’t win a general election at the moment even if only Labour party members were allowed to vote – the Lib Dems will see an opportunity to pick up a few more seats, the SNP’s position is virtually unassailable and I think even Labour would welcome the opportunity to decisively shore up Corbyn’s leadership, or to end it.

There we have it, then; a Conservative leadership election, a general election with a Corbyn-led Labour, focussed principally on each party’s EU exit (or remain) strategy.  I’m making my predictions and, knowing the week we’ve had, they’ll be out of date before I reach the ‘Publish’ button.