This week we’re joined by Ron’s brother, Dave, to talk about the fascinating world of pest control. Over to you, Dave…

Hello everybody.  Today I’m going to be talking about what you can do if you find you’ve got an old lefty who’s taken over your political party.

The first thing to do is recognise that this is a real problem.  A lot of people only see the lefty’s little beard, or its 1970s-polytechnic-lecturer dress-sense and think it’s ‘cute’, ‘good’ or ‘decent’. The truth is that a lefty can be vicious when cornered and can play havoc with your ability to mount an opposition to any bunch of right-wingers who might take a fancy to your county.

In the proper order of things your old lefty should be in their natural habitat; quietly seething at the back of your political party.  While they’re there all you have to worry about is them making a complete tit of themselves at an anti-Israel demo during a slow news week and ending up on page 7 of one of the red-tops, the rest of the time they’ll cause you no bother.

The trouble is if they manage to make themselves a home at the top of your party they tend to get a bit territorial and start pushing out the native inhabitants, making their distinctive “red tory”growl. They’ll also turn up on the front-pages, being a complete fucking bell-end. Before you know it your whole party is completely unmanageable.

When things get to this stage many people’s first reaction is to reach for the old electoral poison, but this rarely works. You see that, unlike other MPs, your old lefty is completely incapable of being sickened and can swallow the most appalling anti-Semitism without even shuddering. They’ve got an amazing natural defence – a protective layer of thousands of blinkered sycophants on social media – which attempts to minimise any electoral poison by explaining it away as a misunderstanding or by changing the subject or declaring it all to be a Blairite plot.

As an experienced professional I’ll normally try a humane method of extracting them first.  I’ll normally put on an out-door showing of Battleship Potemkin in St James park (with the original Russian cue-cards, if its a really serious infestation) and when your old lefty comes running along I’ll point to the small print on the poster, which says “Backbenchers only”.  Nine times out of ten they’ll decide of their own free-will that they’d rather have the ‘Odessa Steps’ than high office, especially if it’s a nice warm evening and you’ve laid on real ale.

If that doesn’t get ’em then you can try destroying their mandate, to see if that moves them on. In my experience though the little buggers will just twist and turn and redefine what a mandate is…”I could still win a general election”, “Even if I couldn’t win an election the party back me in forming a credible opposition and defining the nature of the debate”, “My MPs may have deserted me, but the party membership still backs me”, “The membership may have stabbed me in the back, but there’s a demo of 10,000 people outside who want me to stay”, “I still have a solid core of support, and they’ve now all got matching uniforms!”, etc.

Yes, the little buggers will twist and turn rather than admit they’re where they should be and that nobody wants them.

I’ve honestly known people give up at this stage and just leave their party, to let the old lefty destroy it at their own pace.  I think that’s harsh solution. It might just be a party membership to you, but some people actually need an opposition party to make their lives better.

So, if all else fails the only option is to introduce the old lefty’s only natural predator into the party.  You might want to stand back, though, because it will tend to get a bit bloody. 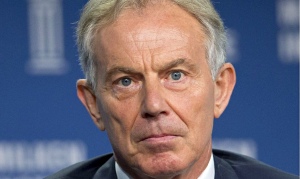 That’s all for this week: Join us next week, when Dave will be discussing what to do if a crested yellow buffoon has trashed your house and then gone to ground.