In June, on the day the UK EU referendum result was announced, I decided to cheer myself up with a quick review of a terrible film, Dickshark. This is how it all started.

Nine months later, and we’re only days away from the PM invoking article 50 of the Treaty of Lisbon, which will formally begin the process of us exiting the EU and, for neatness, I want the Dickshark review to end on the same day.

Hence only a day after the last instalment we’re pushing on to finish off the review, so that I can do my final thoughts (part II of this blog) on the day itself.

I have to start by confessing that I’ve made a terrible mistake. At the end of the last review, when we cut to this image…

…I thought the scene had ended.

We are going to see Bill’s “special” way of lighting a candle!!

Where is your god now?

Fortunately it just involves staring at it and using the power of his mind to achieve the impossible…prevent us from noticing this is a just a reversed clip of him blowing the candle out.

Bill’s dad makes another of his RSC audition speeches Bill collapses to the floor. His dad calmly picks up a katana and cuts Bill’s head off. Well, we’re assuming that’s what he does – actually showing a decapitation would be way too much like a real special effect for this film. So instead he draws the sword, goes over to where Bill is and then fucks around with candles for a couple of minutes…because of art.

Then we go to a shot of the moon, that’s quickly replaced to Jill (who wasn’t eaten, thereby ruling that out as one of the possibilities for the last scene she was in) tied – still naked, natch – to a stake.

Bill’s dad approaches, as does the Dickshark (cunningly shot in near darkness, in a valiant yet futile attempt to hide that somebody is carrying it). Knocking Bill Snr to the floor, with the lightest touch of its fin, it makes a bee-line for Jill, but gets so distracted on the job that the young old man has time to get to his feet and give it a fairly mild sushi experience.

He barely has time to revel in his victory before Jill stabs him with his own sword. You might ask how she got untied, how she got the sword and why the old Bill didn’t notice either – and, if you do ask those things, you’re entirely the wrong sort of person to be watching a naked-woman-with-a-sword-film, I guess.

The wounded dickshark, in its most pathetic form yet, tries to make it back to the water, with Jill’s spotlit (and little spotted) bum pursuing it.

And then…something. I really don’t know what. The shark is being crap, then Jill turns her back and seems to walk away and Bill’s dad closes his eyes and his hand, still holding a candle, falls into some water and the candle goes out. Then… 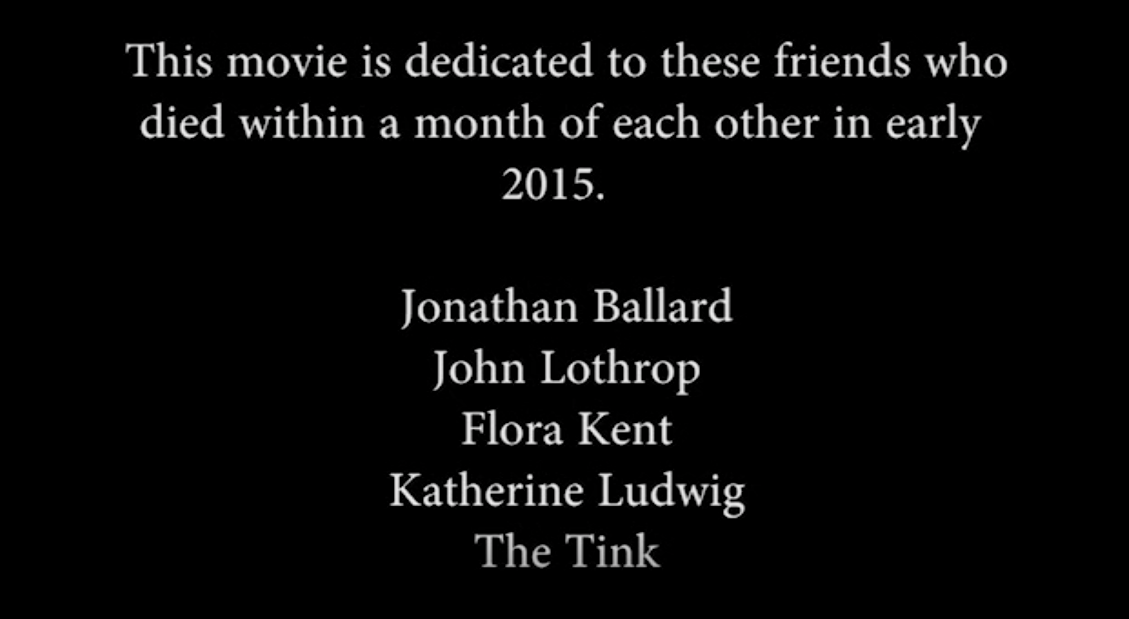 Not only is that the ending – where I can’t work out what the fuck happened, but THEN you choose to reveal that I’ve spent 9 months of my life desecrating the graves of these five people. I don’t just hate you for your film now, Bill, I hate you for what you’ve made me become.

Fortunately there’s a full 5 minutes of credits for me to hate you during.

And the credits are all about the music. There hasn’t been a single song in this film that I ever want to hear again, but the credits give snippets of each song and detail the band who performed it, which album it’s from and adds in a load of miscellaneous typos to keep you interested.

Eventually even this passes, and with it any hope that Nick Fury was going to appear and recruit Dickshark for the Avengers.

It’s over. Dickshark is finished. All that remains are my final thoughts.

One thought on “Dickshark: The FINal chapter (Part I)”