On every trip to the cinema we see, just before the main features starts, its certificate from the British Board of Film Classification (BBFC). This is such a part of our normal experience that we barely notice it, yet it’s a symbol of one of the strangest, yet most successful, collaborations between government and private enterprise. 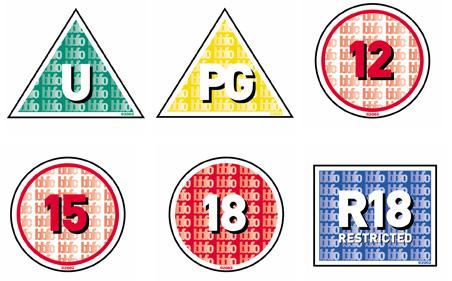 Despite the ubiquity of the BBFC’s familiar age-restriction symbols on DVDs and video games it is not a branch of government; it was found by – and remains funded by – the film industry itself. Even more strangely it has never had any legal authority to control what is seen on cinema screens around the UK. That power rests with local authorities who, via the 1909 Cinematograph Act, licence local cinemas and thereby hold in the ultimate say in what they can show.

The BBFC was formed in 1912, by an industry worried that if they did not self-regulate then a much more heavy-handed government censor would arise. Since then they have built a symbiotic partnership with local and national government; the local authority issues cinemas with their licence, a condition of said licence is that they only show films that have been classified by the BBFC and the studios work with the BBFC to ensure that their films gain the classification they desire, and pay them per film for their classification, while the BBFC keep Whitehall’s scissors far away.

The BBFC didn’t gain any legal status until 1984, with the Video Recordings Act, which made it illegal to sell a video in the UK if it did not carry a BBFC certification. This was a deft legal move by the government of the day. The legal path for taking a film producer or distributor to court involves the Obscene Publications Act (1959), which means proving that the work taken as a whole is likely to “deprave or corrupt”. The government of the early 80s saw a new technology that was rapidly spreading through homes in the country, and their route to preventing the sort of filth that Mary Whitehouse and her Festival of Light got so flustered about led them straight through many protracted court-cases, which would inevitably hang upon the broad-mindedness of 12 people picked at random for the jury.

The VRA solution put the decision making in the hands of the organisation that had been doing exactly that for more than 70 years and made the legal process as simple as, “Did you supply this video? Does it have a classification? Guilty!”

I mention all of this history, because the BBFC is to again have its remit expanded, as it is to be the body appointed to decide what is, or is not, a pornographic web-site, under the governments proposed new age-verification laws.

One one hand (no pun intended) this seems simple; if the BBFC determines that a site is pornographic then it must introduce a method of verifying the user’s age. Web-sites that are non-compliant may be fined, or the BBFC may force UK ISPs to block access them (and fine the ISPs if they fail to do so). Any site with the purpose of providing sexual gratification which contains material that they would classify as 18 or R18 (the classification used for adult videos, which can only be sold by licensed sex shops) will have to provide an age-verification mechanism.

The first problem with this is that some websites will contain material which the BBFC cannot classify as R18, because of UK law. While this includes material that we’re all happier without (child abuse, necrophilia, bestiality, etc.) it also includes a fairly arbitrary list of banned subjects, that were sneaked into the 2003 Communications Act at the end of 2014 and ignored, because they were unenforceable. This change will make them enforceable…so if you’re happily wanking away to a bit of face-sitting, spanking or female ejaculation then your days are numbered.

The BBFC is left with the choice of asking these sites to remove this content (which, in some cases, may be their entire raison d’être) or have them entirely blocked by UK ISPs. This is not the film industry, where the BBFC has always been on the inside, quietly advising on what would or wouldn’t get past their eagle-eyes at the classification stage. This is the BBFC as a straightforward ban/allow censor, a role they’ve spent all of their post-war years moving away from.

But this is just a manifestation of a subtler change. The BBFC has always been a fairly progressive force – the legal underpinnings that allow them to pass, say, Fifty Shades Darker uncut as an 18 this year haven’t changed since the days of black & white films. The BBFC exists to protect the film industry from the Obscene Publications Act and they have done so by skillfully reading what the public will deem acceptable.

This ends now, as the BBFC is where it never wanted to be – up against the hard wall of legislation. The BBFC cannot unilaterally decide that, say, the UK public is ready for watersports. That will require an act of parliament (and I pity the MP who decides to introduce it). For 105 years the BBFC have been quietly pushing the bounds of what adults can watch, and now we’ve reached a point where they can no longer help us.

The biggest problem though is what a fundamental change to the BBFC this is. Their relationship with their previous content providers has been, as was mentioned, symbiotic. If you want your film shown in a cinema you have to take it to the BBFC. If you want to sell it on DVD in the UK then you need the BBFC certificate. And the BBFC charges a rate per minute to examine the material. Their customers come to them, and always have.

Their new client base doesn’t want their attention, isn’t paying for it and has hours – years – of content, changing on a daily basis, new sites rising and falling as quickly as the action in their videos.

While it’s tempting to see these new powers as a natural extension of the BBFCs role they do then represent a sizeable shift away from their century-old business model, and one which drops them into a world they’re ill-equipped to deal with.

In fact, it’s almost as if this is a hasty, ill-considered, “think of the children!” knee-jerk reaction that tries to hammer a square peg into a round hole, simply because no other pegs are available. It’s enough to elicit a “fucking idiots” even from Mrs Whitehouse.