Let’s imagine you get pulled over, on a motorway somewhere, doing 80mph. As the officer is writing out your Notice of Intended Prosecution, and you’re wondering if maybe your ‘joke’ pronunciation of “constable” was a mistake, you may feel a bit hard done by. 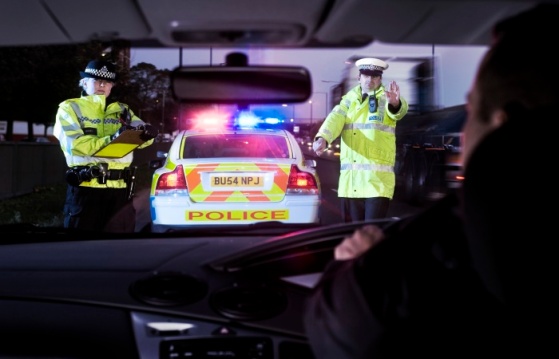 Traffic is light, you’re not half-asleep, or drunk, stoned, or steering with your knees while trying to make a sandwich. Your car is in good condition and capable of well over 80-poxy-mph, visibility is perfect, you don’t have an armful of unrestrained toddlers on the back seat, you’ve been driving for 30 years and never had an accident.

You may ask yourself, “Is this fair?”

You may decide it’s not.

That’s your personal interaction with the law around speeding, but the law operates at a societal level. It’s really not possible to write a speed limit law that says the limit doesn’t apply to anybody who’s taking a bit of care and is a pretty good driver (self-identified) and hasn’t had a few and isn’t taking the piss.

Easier, if you really object to our chimera from the opening paragraphs getting a ticket, then you could take the absolutist view that speed limit should be abolished.

But that’s nonsense, surely? We need speed limits, don’t we?

Well, this may shock you, but speed limits are simply a social construct. Many societies had no concept of a speed limit until white British imperialists forced them on them. Now we’ve just been conditioned to accept the status quo.

When you think about it properly, speed limits are really racist.

Nor would removing speed limits infringe on anybody else’s rights. If you think 70mph is sufficient speed for motorways (borrrrrrrring!) then you are free to drive at 70mph. Sure, there’ll be Audis coming past you at speeds that would make Lewis Hamilton shit his pants, but your personal safety won’t be affected, because you’ll still be able to do 70 just fine.

Before you clutch your pearls, and yell, “Think of the children!”, obviously nobody is going to go speeding past schools, but even if they do then it’s a simple scientific fact that cars going faster make more noise, so the children will hear them coming and can make their own informed decisions on whether or not to get off the road.

Plus, of course, people have been exceeding the speed limit for decades and it hasn’t caused any major problems, just a few isolated and unrepresentative incidents. Even now, when you’re doing 68mph down the M45 (Yawn! Tell us again how great the 80s were, boomer) and somebody overtakes doing a respectable 120mph you don’t immediately scramble for your mobile, to get the po-po on the case, do you?

No, of course not. You’re a reasonable person, who recognises the other driver just wants to go fast, and you respect that they know their own schedule and driving abilities better than you, and let them get on with it. That little act of tolerance is all that’s being asked.

It’s not like this is opening a free-for-all. Nobody’s asking for the laws against dangerous and careless driving to be repealed. In fact it might even help the police out. They can ignore the people who are carefully driving at 140mph, and spend their time focusing on the ones who are driving badly at 140mph.

It’s to be hoped that those opposed to abolishing speed limits, let’s call them something neutral, like Time Eroding Road Fascists, will be very careful in how they frame their arguments, because “High speeds are dangerous” can sound a lot like “You’re dangerous”. This would, of course, be an outrageous slur, which would justify similar abuse in reply.

The clinching argument is that speed is a lot more complex that people think. If you have only the basic education imparted by a driving theory test then you probably, laughably, just think your speed is the number the dial is pointing to on the the speedo.

Bless you, and your simple understanding.

The reality is much more nuanced. That dial is being driven by a cable from your gearbox and is measuring rotations (although scientists have now worked out how to do it with digitals, which is even more complex). And don’t even get me started on GPS speed measuring, which is so complicated that if I started to explain it (I still remember the explanation from Tomorrow’s World pretty well) then your brain would melt and you’d hopefully completely lose sight of it just being distance divided by time.

Or is it? Sir Isaac Newton said that you couldn’t tell if an object was moving without an external frame of reference, and Albert Einstein also said something about space and time that you probably don’t understand.

Are you really going to pit your “Speed is just where the needle points” ignorance against Newton and Einstein? Really? No, I didn’t think so.

In conclusion, then, I have shown that abolishing speed limits is the just thing to do, does not infringe upon the rights of anybody else, doesn’t impact the safety of careful drivers, is not a risk to children, is already the established standard, and that speed limits can’t even be defined, let alone enforced.

Hopefully that is sufficient to make my case and now, before anybody works out what I’m talking about, I need to get out of here…fast.